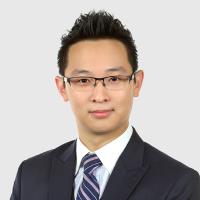 2016 Salesperson of the Year Overall Production

Originally from Hong Kong, Kevin has lived in Paris, Los Angeles, Hawaii and West Africa—and now New York for more than a decade—and serves elite clients from all over the world. Building off of a background in global business, Kevin quickly took to the real estate industry, earning recognition as a top producer in both sales and rentals and receiving a 2014 “Rising Star” award, "Platinum" & "Sliver" award President Council Member and NRT Top Individuals Nationwide in the business.

Kevin has held exclusive listings on the Upper East Side, Midtown East and Financial District, successfully negotiating transactions at luxury properties such as the Essex House, 135W52, 325Fifth and Trump Tower. Specializing in sales, developments, investment and commercial, he is also Citi Habitats' expert in the EB5, a government incentive for foreign developers and investors. His in-depth knowledge of all the intricacies of buying and selling in NYC consistently proves invaluable to Kevin’s client base, who appreciates his tireless work ethic, close collaboration, and strong communication skills.